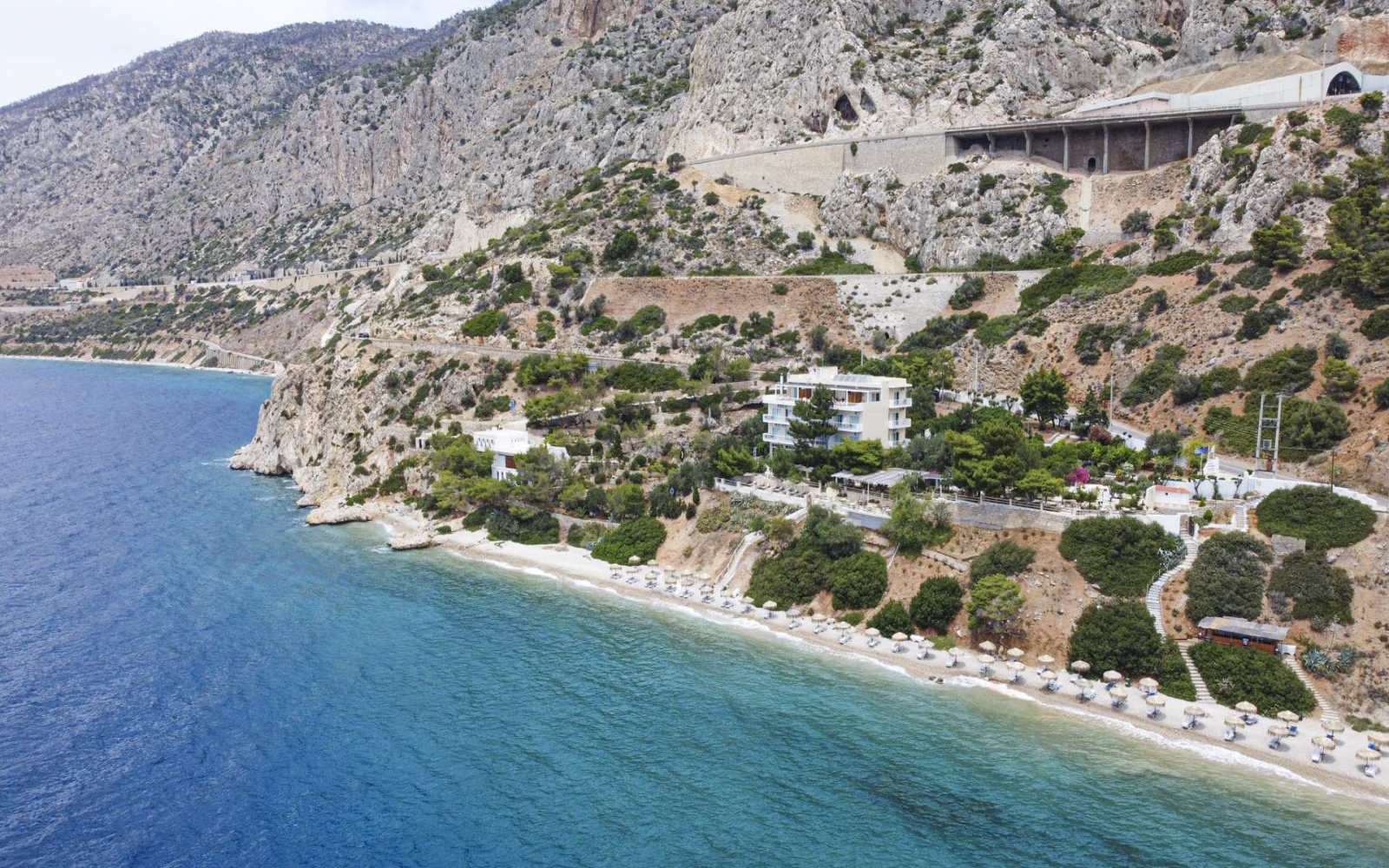 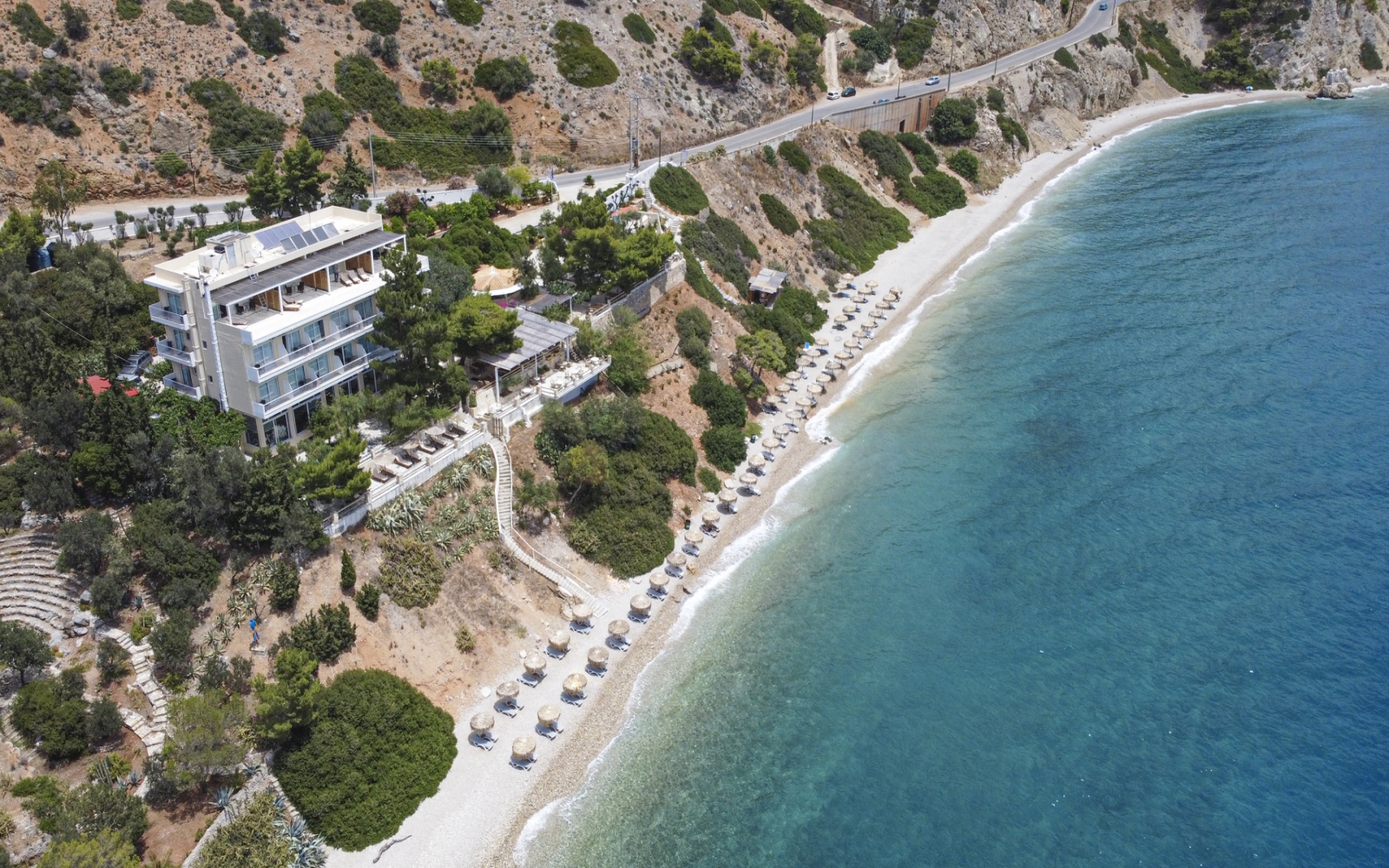 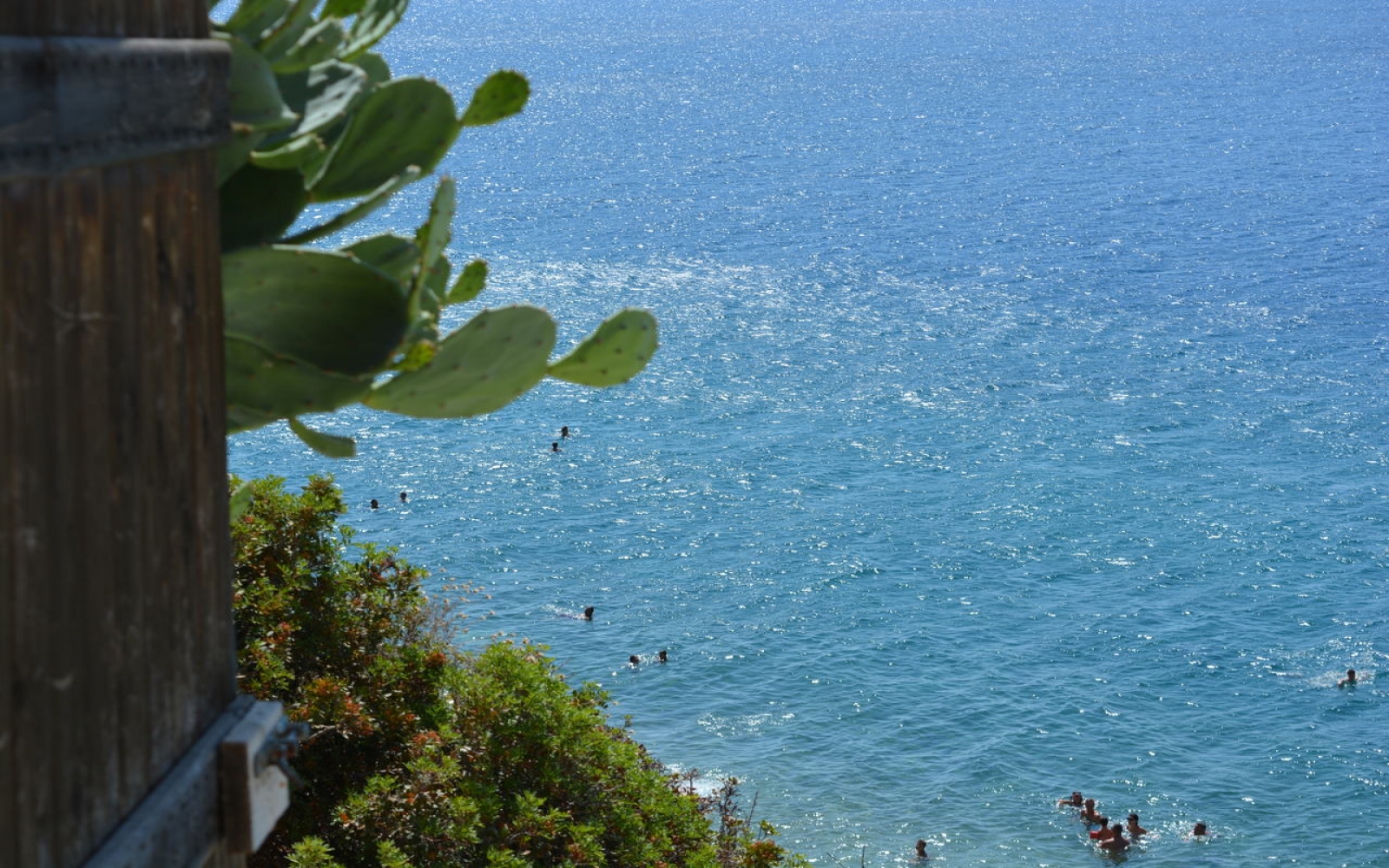 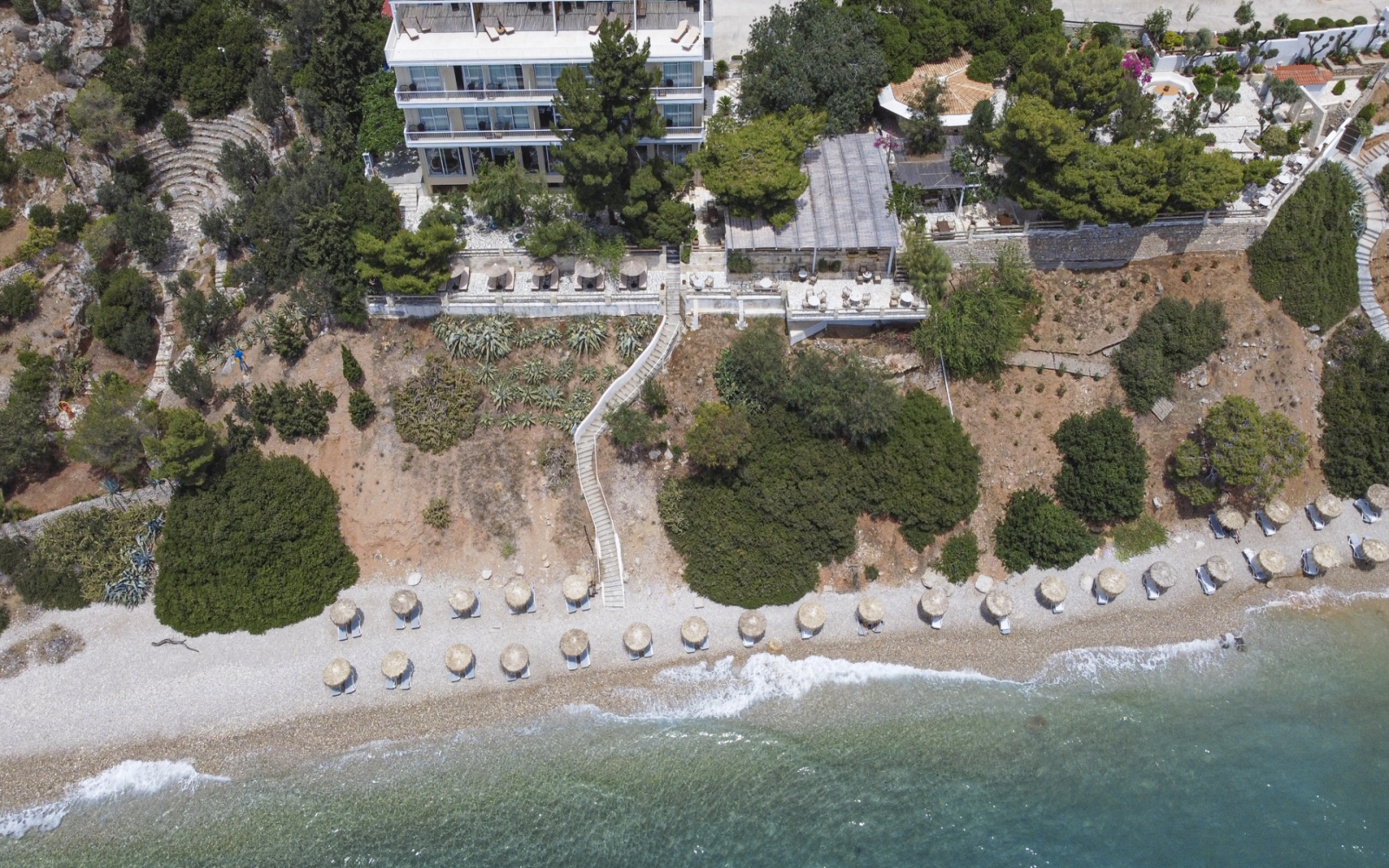 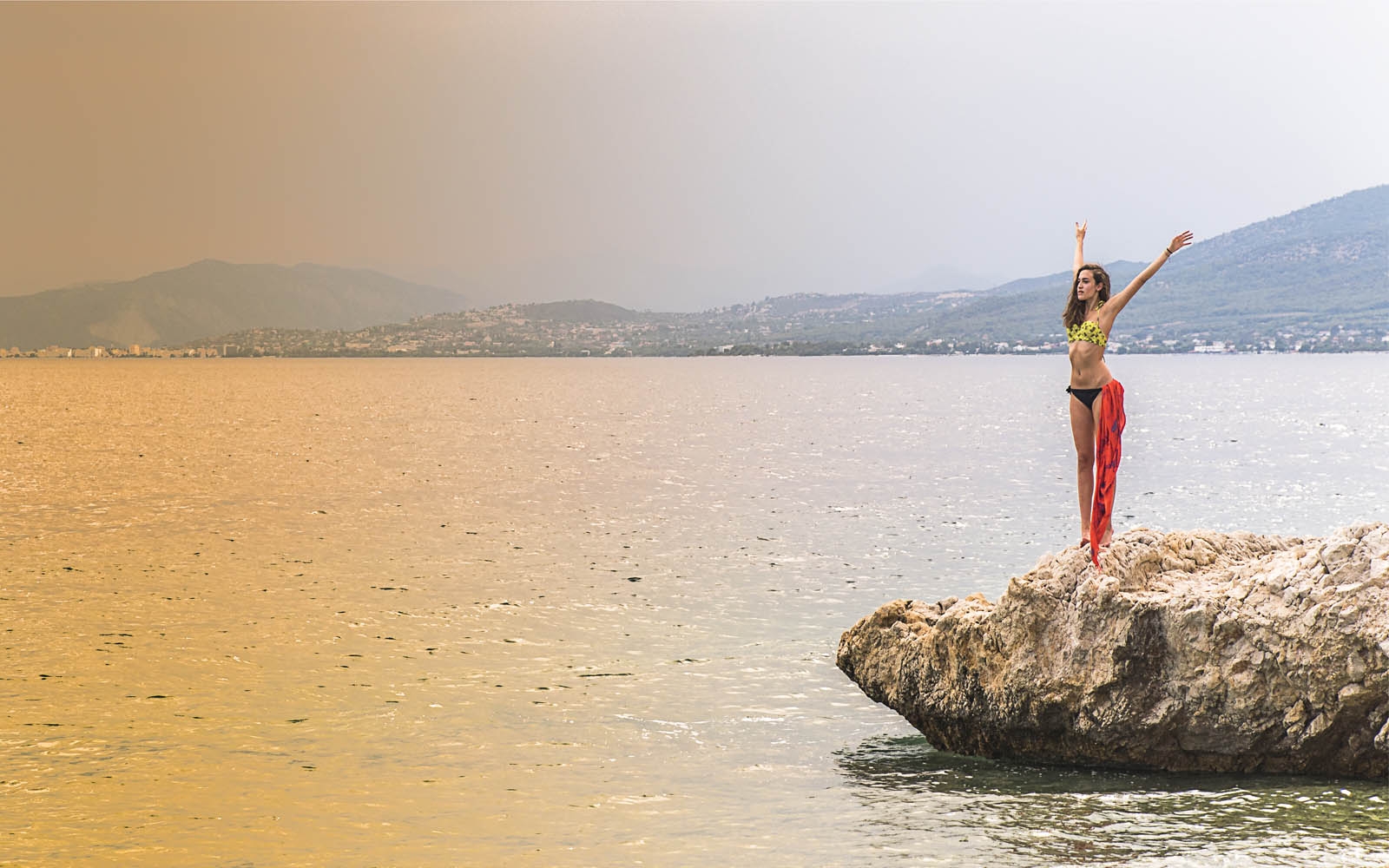 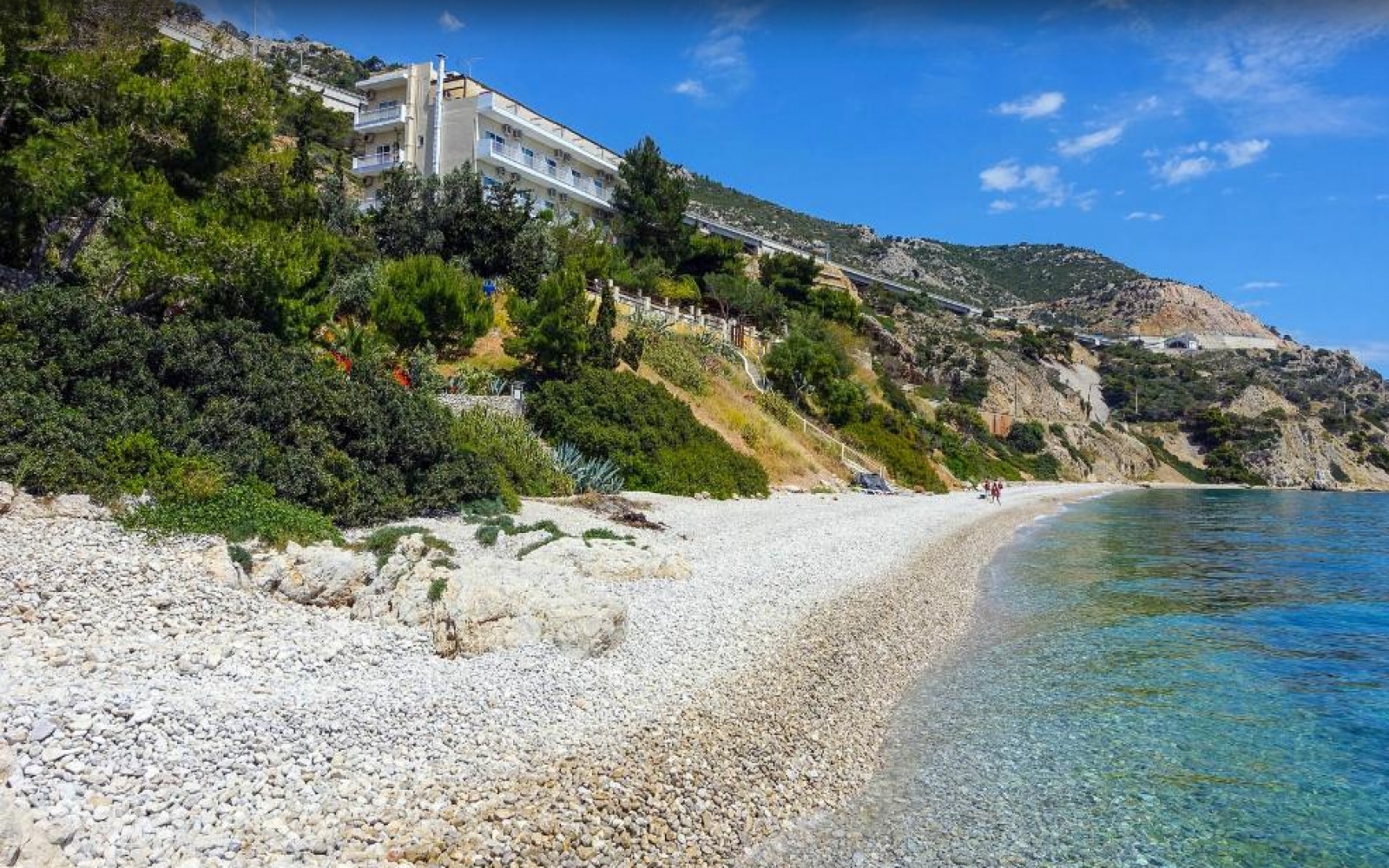 "Hotel Cokkinis" is situated on the 50th km of the Old National Road Athens-Corinthk, between Megara town and Kineta, (in Kakia Skala's cliff, next to the Skironio Museum). It is just 45 minutes away from Athens with easy access to all tourist attractions in:

An imposing mountainous terrain of the Geraneia Mountains with the vertical cliffs sinking into the sea, with the cavernous and other impressive geomorphs making the landscape unique. The Skironides Stones take their name from the Ancient Years, where according to Attic mythology, the famous robber of Skiron, waited on the edge of the cliff, robbed passers-by and as he forced them to wash his feet then kicked his victims in the sea where a huge sea turtle was waiting for them to it their lifeless body. The robber was killed by the myhtical Greek hero Theseus.

The famous narrow passage that connected and continues to connect Attica region with the Peloponnese region has become equally known through the cinematic shots of well-known films of the 60's and today, highlighting the special natural beauty of this location.